You are here: Home / About Us / Our staff / Phyllis Wheeler 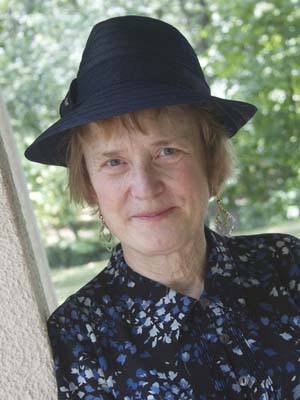 Phyllis Wheeler’s analytical mind and knack for writing have led her on some divergent career paths, from daily newspaper reporter to engineer to writer and publisher. A curriculum publisher since 2003, she decided to help open the door for other authors to publication through Castle Gate Press, alongside Suzanne Hartmann.

Phyllis got an English degree and took a job as a daily newspaper reporter for five years. Looking for a less stressful career, she went back to school to become a mechanical engineer and then worked helping design fighter aircraft at McDonnell Douglas Corp. in St. Louis. She met the love of her life at church there.

When four children arrived (including triplets), Phyllis found a new calling as a stay-at-home mom and eventually as a homeschooling mom—while serving as a part-time free-lance writer. As Motherboard Books, she authored and published a successful computer science curriculum for homeschoolers.

She had dusted off the novel-writing dream at the age of 30, had written a manuscript, and decided she wasn’t ready. In 2008 she started working in earnest on learning the craft, with the help of writers’ organizations including the American Christian Fiction Writers and the Society of Children’s Book Writers and Illustrators.

Phyllis edits fiction and nonfiction on a freelance basis. She also reviews fantasy books from a Christian perspective at her blog, The Christian Fantasy Review.

In her spare time she’s involved in leading Bible studies and small groups, occasionally reflecting at her blog PhyllisWheeler.com on what the Lord is teaching her.

Stay informed on our promos and posts for writers and readers. We will never share your email info with anyone. Unsubscribe any time.

Pin any image on this page!

About Suzanne Hartmann: Author of Fast Track Thrillers. Writer of WRITE THIS WAY: TAKE YOUR WRITING TO A NEW LEVEL, a resource for novice and veteran authors. A teacher, wife, and homeschooling mom.

About Phyllis Wheeler: Fiction editor and writer with a background in the news business. Reviewer of speculative fiction from a Christian worldview. Publisher of homeschooling curriculum at MotherboardBooks.com. Wife and mother of four.